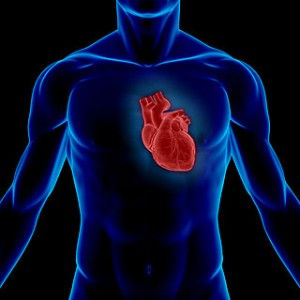 Stand Up! The people who sit the most die the soonest.

Arteries carry the bright red oxygen-rich blood to your organs where red blood cells are exchanged for carbon dioxide. The blood vessels that carry the de-saturated blood away are called veins and they are blue. There are several coronary arteries that deliver oxygen and nutrients to the heart's own tissue. These coronary arteries can become blocked by a buildup of cholesterol fats and we all know what can happen when the blockage becomes too great. We all know circulation is important, but too often we ignore how important keeping our blood moving really is. If we were as aware as we should be we'd spend less time sitting in front of our computers or watching TV. The body's organs require blood in order to function properly...and too much sitting clogs things up more than we think.

Several studies have concluded the more time people spend sitting the greater their risk of premature death. One Australian Study, published in 2010, found that every daily hour spent in front of TV over a 6 year period increased a person's risk of death by 11%. The study wasn't about exercise, it measured the basic day to day activity that involves moving, bending and stretching that keeps your blood circulating and your muscles from losing tone. It was performed on 8,800 adults aged 25 and older and people with a history of cardiovascular disease were excluded.

A more recent study conducted by the Sax Institute, part of the largest ongoing study of healthy aging in the southern hemisphere, compared the self-reported daily sitting time of 222,497 adults 45 years or older. This study looked at the relationship between total daily sitting time to the likelihood of dying within the next three years. Its most striking finding was that people who sat more than 11 hours a day had a 40% higher risk of dying in the next three years than people who sat less than four hours a day. The Study adjusted for exercise, obesity and other risk factors, but also found that you can't exercise this effect away. The death risk was much lower for anyone who exercised five hours a week or more, but the odds of premature death still rose as these active people sat longer.

The study's simple message is that spending more time standing and less time sitting prolongs life and since the average adult spends as much as 90% of their leisure time sitting there is plenty of room to improve. People who do a lot of sitting should make every effort to move around more. At work, short breaks spent walking around every hour are helpful; at home, almost anything you can think of is better for you than just sitting around, so try to engage in some form of activity as often as you can. Many people enjoy exercising or doing certain types of housework while they watch TV, instead of sitting for hours at a time. I place Foot Massager under my desk while I'm sitting at my computer and often use it while watching TV. I've noticed a big difference in how I feel when I don't just let my blood "Sit." It's called circulation for a reason...so keep your blood moving. Tom LeDuc